Rolls Royce one of 4 victims in airbus hack attack?

AFP (International news agency based in Paris) has reported that four Airbus suppliers suffered “major attacks”. Worryingly, this attack went undetected until the end of 2018.

Four attacks reportedly targeted the VPN services the businessmen used to connect to Airbus. Although, the attack happened “long before” it was found at the end of 2018.

Sources from the AFP reported the hackers who seemed to be attacking the “technical documents linked to the certification process for different parts of the Airbus aircraft.”

The attacks did not give enough evidence for a final assignment. But, based on past attacks, the most likely suspects are Chinese state-sponsored hackers – according to Dave Bittner (The Cyberwire).

No need to worry!

We have a wide range of appliances and experts that can help you avoid similar instances, click here to get in contact. 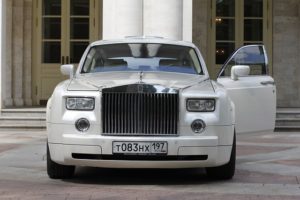 Just Firewalls have been providing IT services since 2006. Our mission is to provide UK businesses with the best and most comprehensive network security solutions without any hidden agendas, at competitive prices.